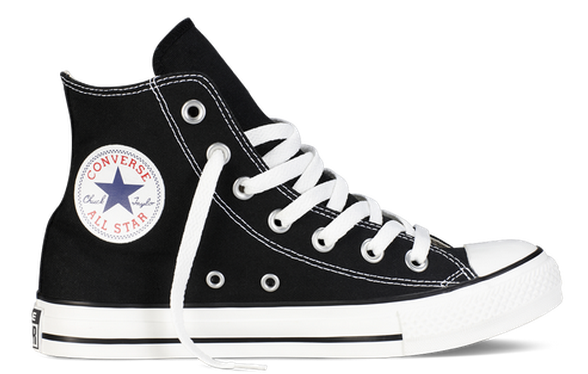 A true classic American sneaker, the Converse All Stars were first available in 1917. At that time they were simple called All Stars. It wasn’t until basketball player and salesman Chuck Taylor made improvements to the shoe that his name was added.

Chuck Taylor’s story is a fascinating one and I suggest you read his Wikipedia entry when you have the time.  Another interesting read is Complex’s article on 50 things you didn’t know about Converse sneakers. 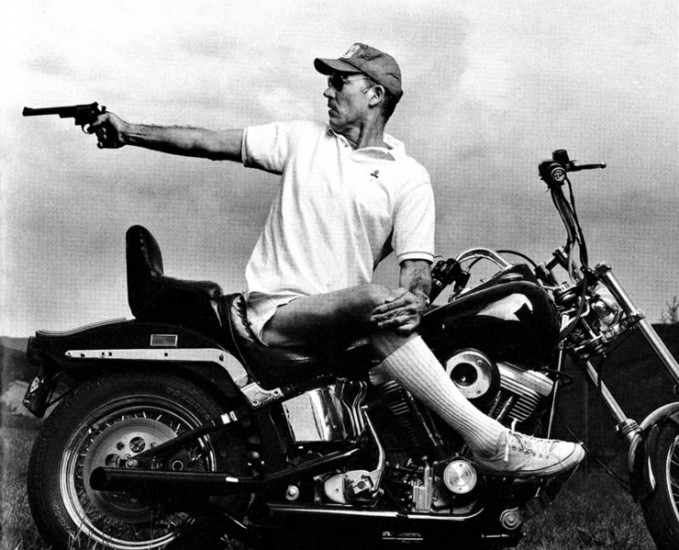 Did I mention JFK wore Chucks too? I’m sure a lot of famous American’s wore the classic Converse sneaker. But with these two guys, you know you’re in good company! 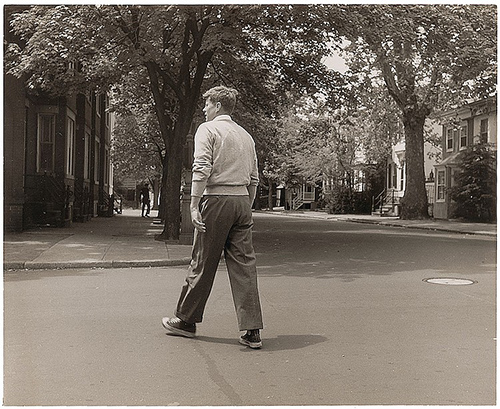 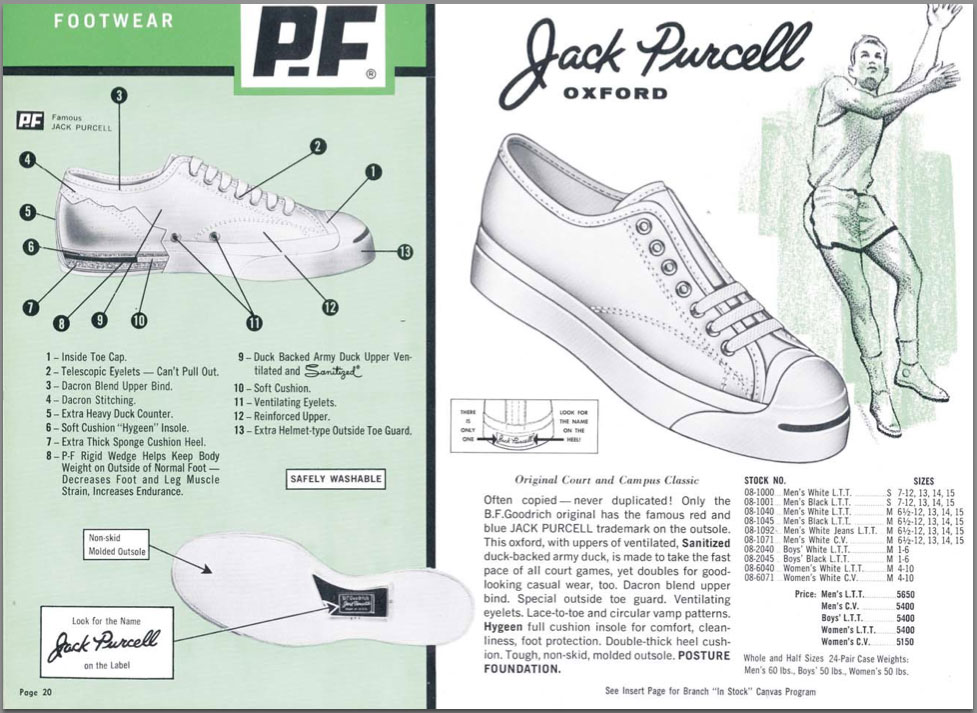 Above is a 1964 PF Flyer Ad for Jack Purcells. PF Flyers & Jack Purcells? Seems strange but this will make more sense soon.

Vans was founded in 1966 and what is now the Vans Authentic was their first shoe sold. It continues to be a huge seller for the company. Like Converse in the early 2000s, Vans also went bankrupt in the 1980’s. The shoe company quickly became profitable again after the bankruptcy. Vans were a staple of the California skate and surf culture and with the growth of those sports the American shoe company grew as well. 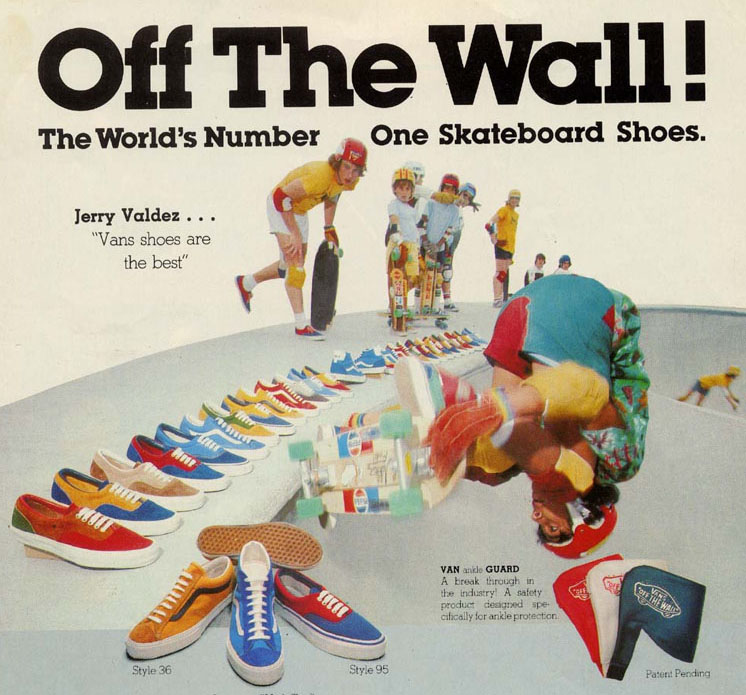 The shell-toed shoes were introduced as a basketball shoe in 1969 and quickly became popular. In the 1980s Adidas gained favor in the hip hop community with Run DMC’s famous “My Adidas” (video below). For some reason I’ve always liked green on white Adidas paired with a green Lacoste polo. 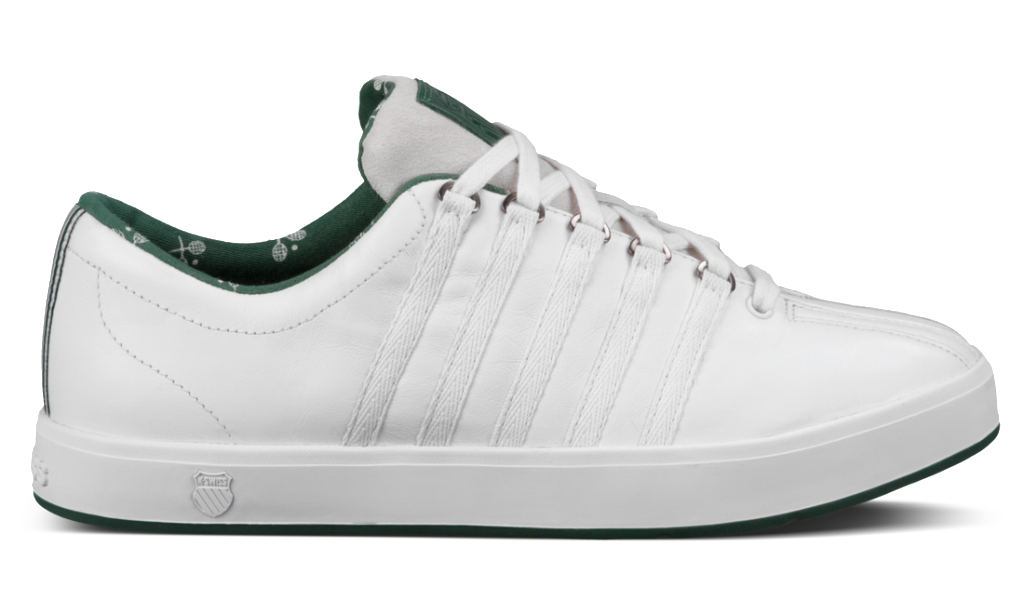 The iconic American tennis shoe, the K-Swiss Classic first appeared at Wimbledon in 1966 and has been seen on tennis courts the world over ever since. One very interesting piece of trivia is that in the 1980s the Kevin Nichols, who at the time was president of Stride Rite, left his job to raise money from other investors to purchase K-Swiss. A bold and stylish move I highly approve of. After all, you can’t hit the jackpot if you don’t pull the lever.

Onitsuka Tiger was founded in 1949. The shoes first reached America in 1963, purchased by a man named Phil Knight. The Mexico 66 was previously named the Limber. It was renamed in honor of the year it was first used, 1966, where they were worn during pre-trials for the 1968 Olympic held in Mexico.

Another of Onitsuka Tiger’s classic shoes is the Corsair (below) which influenced the design of the Nike Cortez. 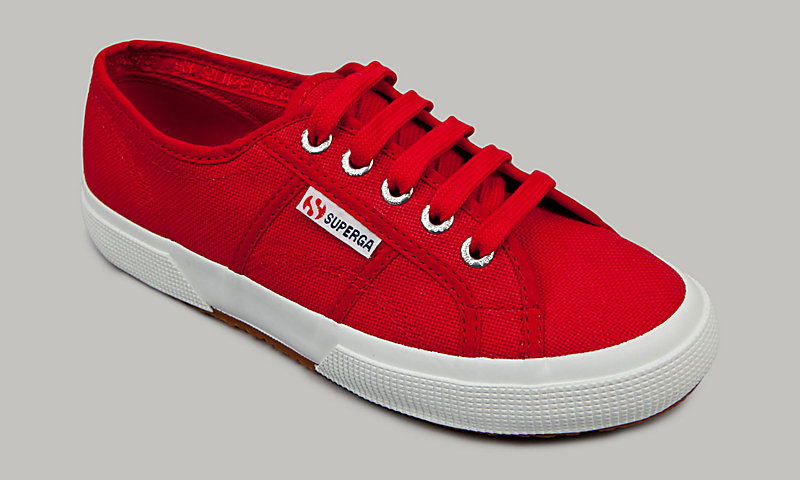 Here’s an Italian entry in our list of classic sneakers. Superga began in producing shoes in 1911. By 1925, the classic sneaker known as the Superga 2750 style was born. Known as the “people’s shoes of Italy” the company is not only focused on Italian markets. 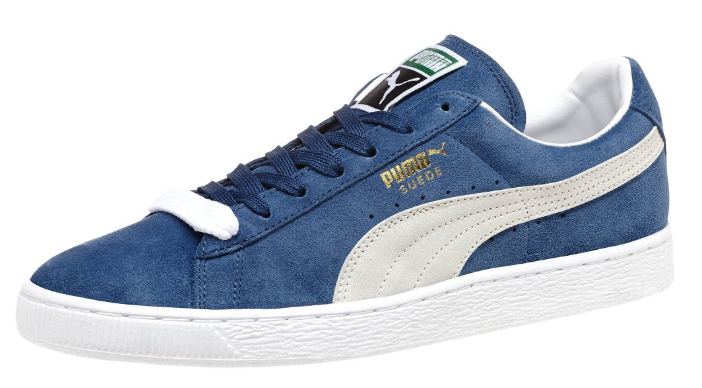 On basketball courts and the feet of cool cats like the shoe’s namesake Walt “Clyde” Frazier since 1968. Other than Adidas, the Puma Clyde may well be the next classic sneaker tied to ’80s hip hop. 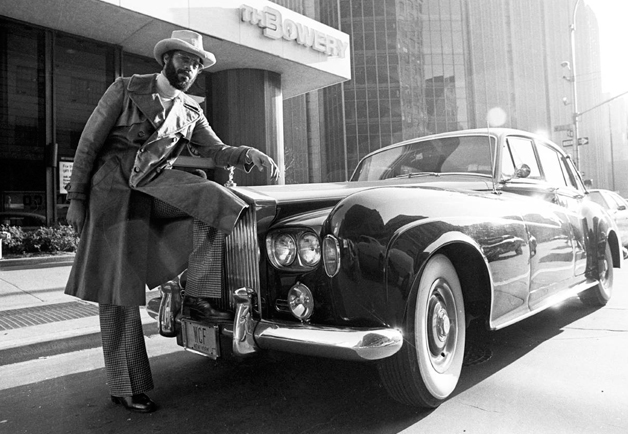 Remember that Phil Knight guy mentioned earlier; the one who brought Onitsuka Tigers to America?  Did his name sound familiar? It should, as he was one of the cofounders of Nike. Nike was founded by Knight and his track coach at the University of Oregon, Bill Bowerman. They first created Blue Ribbon Sports under which the Onitsuka Tigers were sold and then renamed to Nike. It was in 1972 that the Cortez, Nike’s first shoe, was introduced to the world or running. It was an instant success and the rest is history.

Wait I thought we saw PF Flyers already mentioned earlier! You did. PF Flyers were once owned by BF Goodrich which also owned the Jack Purcell trademark. First produced in 1937 by BF Goodrich, PF Flyers faded away and were almost lost forever until

Converse, in 1972, purchased the PF Flyers brand, however, the two were split due to an anti-trust lawsuit. It’s hard to believe today yet at one time Converse and PF Flyers controlled the majority of the shoe market in America. The brand is currently owned by New Balance.